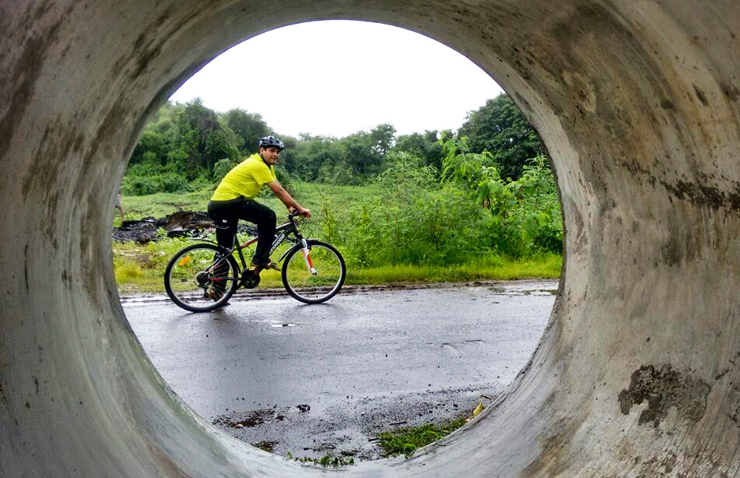 Are You Fascinated By Your Resolution!

A thought of ‘reaching somewhere in life’ has always fascinated me and I am sure it does fascinate many of us. Every year, during the new year’s start, someone or the other begins with a Resolution, (a word which has been overused during new year’s celebrations) to start something and reach somewhere in life.

A Story of a Resolution…
Here is my friend Vicky, who made a Resolution to ‘ride his bicycle every morning’. He had an objective to remain fit and increase his stamina to tackle work pressures. In the past, about a couple of years back, he had bought a branded bicycle with all accessories from a multi-branded sports store.

Throughout the year, I used to ask him, “Vicky how’s your bicycle?” and he used to reply “It’s nice, I rode it a few days back” and sometimes he used to answer “Some months back!”. Again, at the start of this year, he came out with his bicycle and the same Resolution. In the whole first week of the new year, he rode it only once. I casually asked him, how many times has he rode his bicycle. Promptly he replied, 9 times in 19 months. I smiled and was left with a question that whether he was happy with his promptness of reply or did he wanted to get away fast by replying me about his uncommitted resolution?

I just wondered, how many Vickys are there around me and may be inside me too. I thought, what triggers Vicky to make a Resolution and thereupon not to live up to it. My thoughts triggered me to investigate something that’s amiss. I found that there was nothing wrong with Vicky, neither with his Resolution. But there was something that he was not identifying about himself. He had developed a pattern of thoughts while making a Resolution. He used to enthusiastically think about his plans of starting cycling everyday. He used to think in detail about how, when, where and with whom he should ride his bicycle. Further, he used to keep himself equipped with all the necessary accessories needed for cycling. But, at the time of bringing his thought into reality, he stopped, due to whatever so-called reasons. I found that he has lived in this pattern for most of the times whenever he wanted to begin cycling. Unfortunately, this pattern has got installed in his behavior, thus forming a habit which further reflected in his actions too.

Here was the eureka moment that hit me in the gut i.e. If anyone wants to form a Resolution and cultivate a habit, he or she should understand and be attentive to the pattern of the thoughts which are being developed over a period of time. Because these patterns will only decide one’s way of behavior, habits and actions. I feel it is difficult to bring change, but one can definitely develop new patterns which can bring changes in behaviors, habits, and actions. Ultimately, this will be a way to reach somewhere and achieve something about which we are fascinated!

Friends, I, Deepak Nanekar, the Strategy Director of a Mumbai based, Award-winning Advertising agency ‘Golden Mean’, would like to hear your Resolutions and the actions your took to fulfill the same

Please feel free to share, as your sharing can be an inspiration to many…